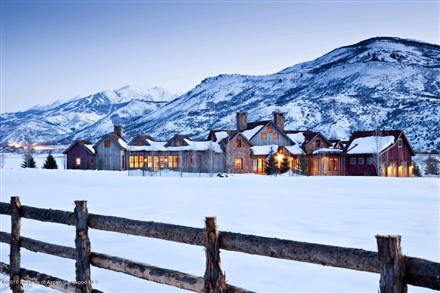 Woody Creek is a small town, officially recognized only as a census designated place, in Colorado. It is located 8 miles northwest of Aspen in a valley on the Roaring Fork River.

Today, it is best known for its pictaresque cottages, surrounding mountains, and mining history.

Hunter S. Thompson: I moved here from San Francisco with my wife Sondri and our 3 year old son Juan in 1967. We initially rented a small house here, but in 1969, I used some of the money that I had made writing my book Hell's Angels to buy a home that I called Owl Farm, and described as a "fortified compound." Sondri and I tried to have more children, but this was met with much heartbreak. My wife miscarried three times, and had two infants that died shortly after being born. I continued writing, and also became more interested and involved in politics. I founded and coined the term of Gonzo journalism. I actively opposed the Vietnam War in 1968. I ran for the position of sheriff in 1970, and my radical campaign was highly publicized. Despite this, I lost the election by a narrow margin. I published my most famous book, Fear and Loathing in Las Vegas, in 1972, and went on writing acclaimed books and journalistic pieces. Sondri and I were divorced in 1980, but remained friends. In 1990, I invited a woman porn director, whom I had met at a porn and strip club in San Francisco, to my house here. She had dinner with me, but when I invited her into my hot tub, she refused. She accused me of sexually assaulting her by grabbing her breasts, and reported this to police, as well as having seen cocaine in the house. The police invaded my house in a very revealing 11 hour search, and they found at Owl Farm piles and piles of drugs, and even dynamite. The charges of sexual assault and drugs were later dropped before the trial, however. In April of 2003, I married my second wife Anita, a pretty blonde decades younger than me. She had formerly been my assistant. We had a simple wedding with no fanfare, at the local courthouse. She was 31 years old, and I was 66. I began writing a sports column again, exactly as I had at the beginning of my journalism career. By 2005, I had started to contemplate suicide. I was depressed, growing old, in pain, and simply tired of life. In February of 2005, while my son Juan and his wife, as well as my grandson, were visiting for the weekend, I shot myself in the head. I was also on the phone with Anita at the time, asking her for help on my latest article. My family was in the next room when I shot myself, but mistook the sound for a book falling. Anita, over the phone, also mistook the sound for typewriter keys. My son Juan found me, and went outside and fired three shots into the air, in honor of my passing. My ashes were later fired from a cannon, and the ceremony was funded by Johnny Depp.

Retrieved from "https://people-dont-have-to-be-anything-else.fandom.com/wiki/Woody_Creek,_Colorado,_USA?oldid=27409"
Community content is available under CC-BY-SA unless otherwise noted.