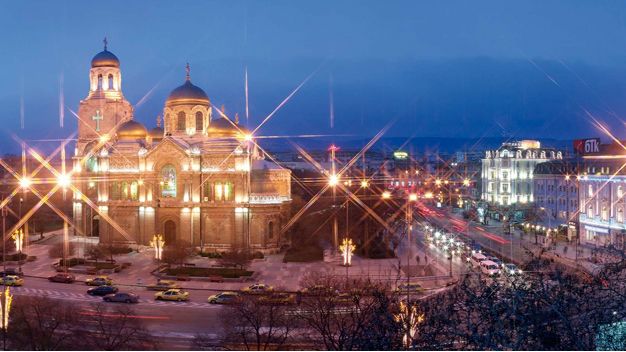 Originally, the land of Varna belonged to the Kingdom of Thrace, and the area was inhabited by the Thracians beginning around 1000 BC. A Greek trading post was established in the late 7th Century BC, and named the town "Odessos." It later became a major Roman city.

Kellan Lutz: I traveled here in 2013 to film scenes of the movie The Expendables 3. We filmed on location at the Mogadishu Harbor.

Retrieved from "https://people-dont-have-to-be-anything-else.fandom.com/wiki/Varna,_Bulgaria?oldid=24472"
Community content is available under CC-BY-SA unless otherwise noted.