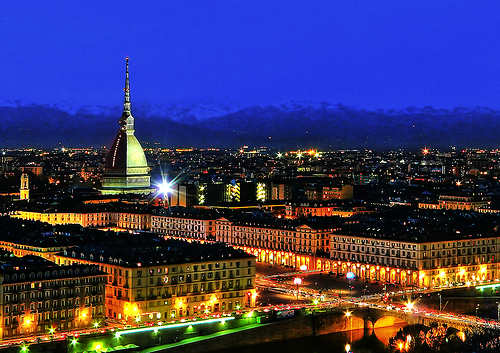 Turin (in Italian, Torino) is the capital city of the Piedmont region of Italy, located in the northwest of the country on the banks of the Po River and bordered by the Alpine mountains. Due to the large number of influential Italian politicians and activists born in the city, Turin is sometimes nicknamed "the cradle of Italian liberty."

The area has been settled since approximately 300 BC. A Roman town was founded here around 27 BC.

Keira Knightley: I traveled here in 2006, to film scenes of the movie Silk.

Massimo Brambati: This is the city in which I first landed a place on a real team, and became a professional soccer player. I was 19 years old when I started playing for this city, and remained on the team from 1985 - 1989.

Retrieved from "https://people-dont-have-to-be-anything-else.fandom.com/wiki/Turin,_Italy?oldid=33792"
Community content is available under CC-BY-SA unless otherwise noted.