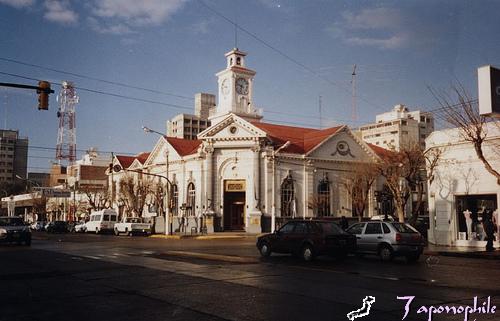 Trelew is a city in the Patagonia region of Argentina. It was established as a railway-stop town in 1886 by Welsh settlers, hence it's Welsh name.

Today, Trelew is known as a naturalism site, most famous for Punta Tambo, a protected beach densely inhabited by penguins. Additionally, Trelew is the home to various species of seals, birds, and other wildlife, and the area is known as an excellent spot for whale watching.

Walt Disney: I was sent here on a filming mission by the U.S. Government in 1941, in an effort to improve relations with South America. My artist crew and I visited this city specifically to see and sketch the penguins, which we later used in our animated film The Three Caballeros.

Retrieved from "https://people-dont-have-to-be-anything-else.fandom.com/wiki/Trelew,_Argentina?oldid=11464"
Community content is available under CC-BY-SA unless otherwise noted.