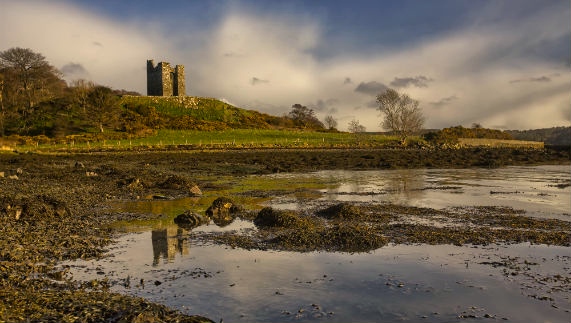 Strangford is a tiny village in Northern Ireland. It has a population of less than 500 inhabitants.

It was established by Magnus Barefoot in the 11th Century as a castle fort.

Today, Strangford is best known as the location of Castle Ward, as well as for its marshes and natural beauty.

Natalie Portman: I traveled here in 2010 to film scenes of the movie Your Highness.

Retrieved from "https://people-dont-have-to-be-anything-else.fandom.com/wiki/Strangford,_Ireland?oldid=20485"
Community content is available under CC-BY-SA unless otherwise noted.