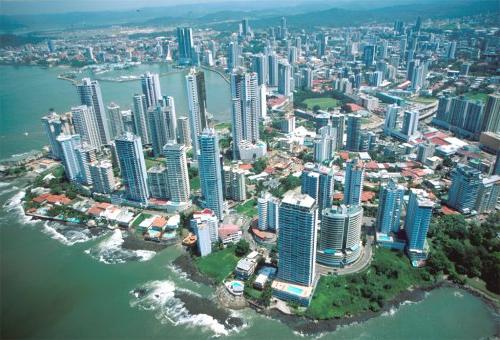 Panama City is the capitol and largest city of the Republic of Panama. It is located at the mouth of the Panama Canal and is known for its cluster of skyscrapers bordered by the sea and lush tropical rainforests.

It was founded in 1519 by conquistador Pedro Arias de Avila.

Henry Morgan: My pirate fleet and I attacked this city in January of 1671, and destroyed the city in such entirety that it had to be completely rebuilt. My men and I were frustrated to find that most of the gold and riches of this profitable city had already been removed, but attempted to console ourselves by holding a rowdy, drunken party that lasted for days. We were even more frustrated when we learned that most of the loot we had hoped to find in the city had in fact been moved to a ship that was just outside the city, which would have been easy to capture. Because my sack of Panama violated some sort of peace treaty between England and Spain, made the year prior and which I had never heard of, the English finally had a strong excuse to arrest me. I was captured and taken to London, but when relations with the Spanish deteriorated, I was knighted instead, and set free to return to the Caribbean and continue piracy.

Retrieved from "https://people-dont-have-to-be-anything-else.fandom.com/wiki/Panama_City,_Panama?oldid=15960"
Community content is available under CC-BY-SA unless otherwise noted.