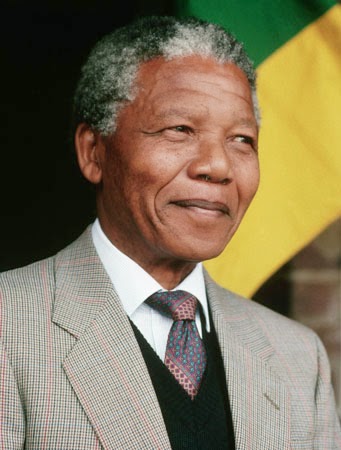 Nelson Mandela was a South African politician, revolutionary and philanthropist who was President of South Africa from 1994 - 1999, revered for his humanist influence and anti-apartheid stance. He is often called "Father of the Nation," referring to his native South Africa.

How Added - Someone comment on the "100 Most Significant Figures in History" list that Mandela should have been included.

Retrieved from "https://people-dont-have-to-be-anything-else.fandom.com/wiki/Nelson_Mandela?oldid=33649"
Community content is available under CC-BY-SA unless otherwise noted.