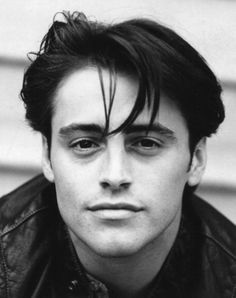 Matt LeBlanc is an American actor, best known for his longtime performance as Joey on the classic sitcom Friends. He has won a Golden Globe award, and has been nominated for an Emmy seven times.

LeBlanc was a high school classmate of Louis C.K., and they graduated together in 1985. The two would later become friends and colleagues, and both up against each other for Emmy awards multiple times.

LeBlanc remains close with the rest of the cast from Friends, especially Lisa Kudrow and Matthew Perry. He also occasionally keeps in touch with Jennifer Aniston, David Schwimmer, and Courteney Cox.

Retrieved from "https://people-dont-have-to-be-anything-else.fandom.com/wiki/Matt_LeBlanc?oldid=34022"
Community content is available under CC-BY-SA unless otherwise noted.