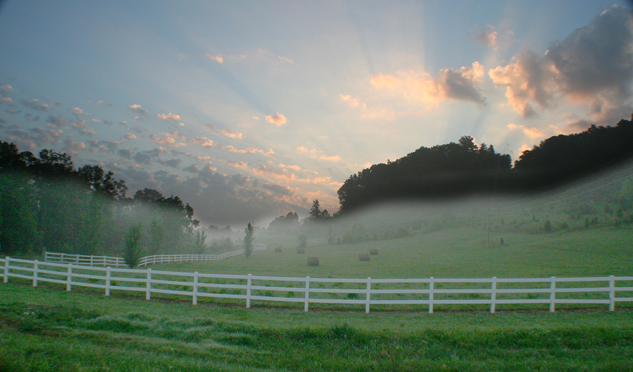 Lexington is the 2nd largest city in the state of Kentucky, known as the "Horse Capitol of the World." It is located in the heart of the Bluegrass region. It was founded in 1775, but was then a part of the state of Virginia, as Kentucky would not exist until 17 years later.

Today, Lexington is known for its laid-back atmosphere, bluegrass music, rolling pastures and fields, the breeding and racing of Thoroughbred horses, as the annual location of the renowned horse race the Kentucky Derby and other acclaimed Thoroughbred racing events, and for its southern cuisine.

Abraham Lincoln: I often went to visit my wife's family estate here, throughout the 1840's.

Mary Todd Lincoln: I was born here in 1818, the fourth of seven children in a wealthy Kentucky banking and land-owning family. My family had many slaves, and I was raised as a Southern bell in luxury and refinement. In 1824, when I was six years old, my mother died. Two years later, when I was eight, my father remarried my stepmother, who I had much trouble accepting and endured a strained, unpleasant relationship with. In 1832, when I was 14, my family moved to a luxurious 14-room house on Main Street in this city. Around this time, I was also sent to Madame Mantelle's Finishing School in this city, where I learned to be a proper lady, to speak French, and also studied literature, dancing, drama, music, and social graces. As a young lady, I was viewed as, though not beautiful, witty and clever, and understanding of politics - a topic usually left to men. At the age of 20, in 1839, I moved to Springfield to live with my sister.

Viggo Mortensen: I traveled here in 2011 to film scenes for the movie On the Road.

Retrieved from "https://people-dont-have-to-be-anything-else.fandom.com/wiki/Lexington,_Kentucky,_USA?oldid=22242"
Community content is available under CC-BY-SA unless otherwise noted.