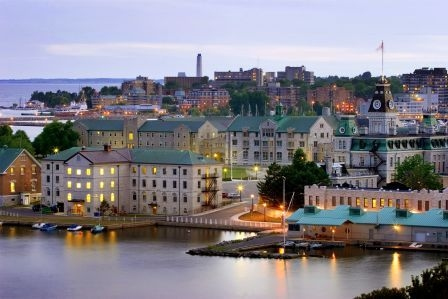 Kingston is a city in the province of Ontario in southern Canada, located on the banks of the St. Lawrence River. It was the first Canadian capitol, for a short time beginning in 1841.

Today, it is known for its pictaresque waterfront views and relaxed atmosphere.

John Scott-Ellis: After being commisioned during World War II in the Westminster Dragoons, I was sent here from London to become an instructor at the Canadian Staff College of Ontario. I was partly disappointed at such a non-glamorous post, but also relieved that "no one was shooting at me."

Retrieved from "https://people-dont-have-to-be-anything-else.fandom.com/wiki/Kingston,_Canada?oldid=34372"
Community content is available under CC-BY-SA unless otherwise noted.