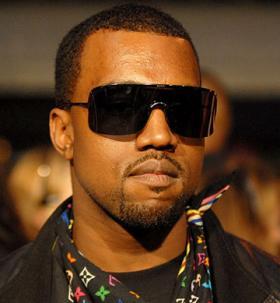 Kanye West is an American hip-hop musician and entrepreneur.

Prior to West's fame, he befriended rapper Ernest Wilson, better known by his stage name "No I.D." Wilson was a mentor and supporter of West, and helped him to create his first sampler album at the age of 15, in 1992.

Before West became a famous artist, he helped write and produce much of Jay-Z's 2001 album The Blueprint, often considered one of the best hip-hop albums of all time. It immediately landed West a place in the music business, and he also wrote songs for Janet Jackson, Ludacris and Alicia Keys.

West has collaborated with Jamie Foxx and Miri Ben-Ari.

West was publically critical of George W. Bush, most notably at a benefit for Hurricane Katrina, while giving a speech and completely deviating from the topic, where he said bluntly "George Bush doesn't care about black people." Bush later said that he thought the outburst "disgusting."

West and 50 Cent are amicable rivals. They became especially competitive in 2007, when both had successful new records released, and kept track of who had the highest billboard numbers.

When Taylor Swift  was accepting an MTV award in 2009, her acceptance speech was infamously interrupted by West, who broke in to say that the award should have been given to Beyonce Knowles instead.

West is a close friend of Jay-Z.

West dated model Amber Rose from 2008 - 2010. After he broke up with Rose, he insinuated in an interview on a radio show that he viewed Rose as dirty, saying that he had to "take 30 showers" after being with her. Also, about beginning a relationship with Kim Kardashian after Rose, he stated "It's very hard for a woman to want to be with someone that's been with Amber Rose." During an emotional speech at an event in 2015, Rose said that she wanted to forgive Kanye for the things he has said. West himself has never apologized.

West is a friend of Mary Kate Olsen and Ashley Olsen. When he released a debut fashion line, the twins supported him in the media despite negative reviews, and attended his fashion show.

West began dating his long-time friend Kim Kardashian in 2012. They had a daughter together in 2013 and got engaged later in the year.

Robert Knievel took action to sue West in 2006 when he released a satiric music video fashioned after one of Knievel's own. West personally visited Knievel at his home and was apparently so charming that all intentions of a lawsuit were dropped. Knievel remained an admirer of West until his death shortly afterward.

In 2013, West launched a furious tirade of tweets about Jimmy Kimmel after his show did a parody of him. He called the studio multiple times demanding an apology.

At the AMA Awards in 2004, West noticably stormed out after the Best New Artist Award was given to Gretchen Wilson instead of him. He publically said that she hadn't deserved it.

When Britney Spears won an award over him, West angrily said "Maybe my skin color's not right," and then pointed out that Spears had not won an award in a very long time, and accused her of being just an exploitation or set-up of the media.

Barack Obama is not a fan of West, and has even called him "a jackass."

West is a friend of Carmelo Anthony.

How Added - Through his interruption-victim Taylor Swift.

Retrieved from "https://people-dont-have-to-be-anything-else.fandom.com/wiki/Kanye_West?oldid=33340"
Community content is available under CC-BY-SA unless otherwise noted.