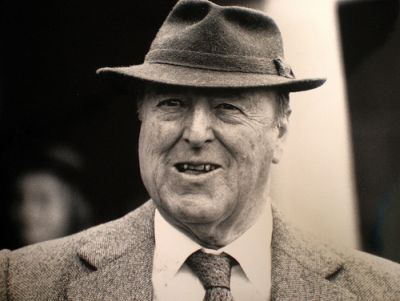 Scott-Ellis purchased his first car in 1931 in Munich, and got behind the wheel for the first time. On this first drive, he knocked over a pedestrian, who was none other than Adolf Hitler. He met Hitler again in 1934 at an opera, and the two men laughed about the incident. Scott-Ellis got the impression that Hitler was a pleasant, intelligent man. Later, he would imagine how much better off the world would have been, had he ended up killing him.

During Scott-Ellis' days at Eton, the school's headmaster was Cyril Alington, who despaired of the boy ever succeeding at anything. He was more than once forced to call the young Scott-Ellis into his prescence for a talk about bad grades and even cheating. Alington, eventually giving up, decided to expell him, but was convinced to change his mind after Scott-Ellis tearfully vowed to do better.

Scott-Ellis was a patron of the arts and was friendly with Hilaire Belloc, G.K. Chesterton, George Moore, Max Beerbohm, and George Bernard Shaw. Scott-Ellis first met Belloc as a child, and the writer taught the boy how to fold origami figures, prove the Pythagoras' Theorum, and supposedly irrefutably prove the concept of the Holy Trinity. He described his impression of George Moore as being "always rather preoccupied."

The Welsh painter Augustus John was a family friend of Scott-Ellis, and designed their applauded racing silks.

During his childhood, Rudyard Kipling often visited Scott-Ellis' family castle and estate, and he had many fond memories of his interactions with the writer, who felt more comfortable around children than adults. Kipling was interested in the boy's magic tricks / psychic powers - he was able to throw down a deck of cards and pick out the two aces, as well as will the dice to be either high or low. Amongst other things, the young Scott-Ellis and Kipling discussed Germans, airplanes, and adventure. In 1923, Scott-Ellis showed Kipling his red-leather collection of all of the author's works, and Kipling offered to sign them. Scott-Ellis happily agreed, but not before Kipling's wife characteristically swooped in and stopped him. The next day, Kipling invited the boy to accompany him to Llangollen to watch the sheepdog trials, as Kipling was very interested in shepherds and fond of conversing with them about their simplistic, pastoral lives. Scott-Ellis suggested that Kipling write a book about the shepherds, which Kipling promised to do, but "never got around to."

Newmarket, Suffolk, England, UK - First visited here, 1922. Was often here for the rest of his life.

How Added - Because he was in the book "Remarkable Meetings."

Retrieved from "https://people-dont-have-to-be-anything-else.fandom.com/wiki/John_Scott-Ellis?oldid=33226"
Community content is available under CC-BY-SA unless otherwise noted.