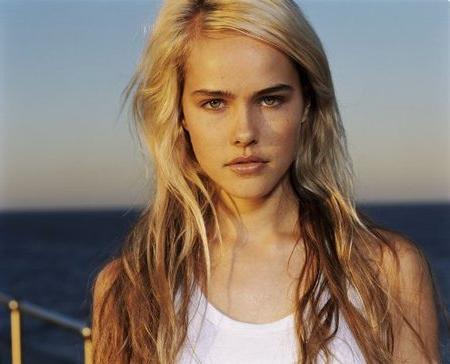 Isabel Lucas is an Australian actress and model.

In 2007, Lucas joined Hayden Panettiere to travel to Taiji, Japan, in order to protest against dolphin hunting. A group surfed out to meet the dolphins being hunted, but were intercepted by patrol boats. They rushed to the airport before they could be arrested, and both have outstanding warrants in Japan.

While driving in a car with Shia LeBouf in July of 2008, Lucas was in a car crash, caused by another vehicle running a red light at a speed of 70 miles per hour. Lucas recieved only minor scratches and bruises from the accident, though LeBouf's hand was crushed and required extensive surgery.

In 2009, Lucas was spotted numerous times with Jared Leto, and then with Jake Gyllenhaal. Rumors swirled about dating, but Lucas states that both were "just friends."

Lucas acted in Ed Sheeran's 2012 music video "Give Me Love."

Retrieved from "https://people-dont-have-to-be-anything-else.fandom.com/wiki/Isabel_Lucas?oldid=33062"
Community content is available under CC-BY-SA unless otherwise noted.