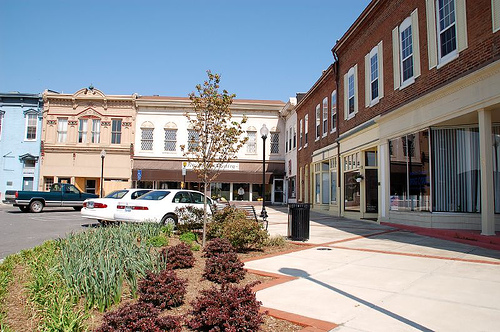 Elizabethtown is a town in central-northern Kentucky, the tenth-largest city in the state.

It was established in 1793 as the land and farming estate of a Kentucky Indian fighter, who named it after his wife. It was officially made a town in 1797. Today, it is best known for its prohibiting of alcohol sales in nearly all locations, its churches, and history, though few of its historic buildings still exist.

Orlando Bloom: I traveled here in 2004 to film scenes of the movie Elizabethtown.

Retrieved from "https://people-dont-have-to-be-anything-else.fandom.com/wiki/Elizabethtown,_Kentucky,_USA?oldid=19415"
Community content is available under CC-BY-SA unless otherwise noted.