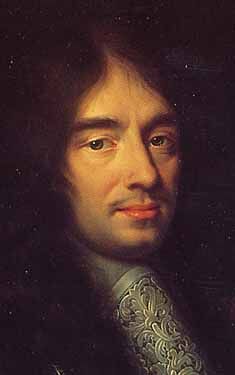 Charles Perrault was a French writer and academic, revered for founding the genre of the "fairytale." He is best known as the author of Cinderella, Little Red Riding Hood, Puss in Boots, and Sleeping Beauty, among others. He was a great influence on the collected fairytales published by the Brothers Grimm over a century later.

In 1663, Perrault served as the secretary of the Academy of Inscriptions and Belles-Lettres under Jean-Baptiste Colbert as his superior. A fellow secretary that he worked with was Jean Chapelain.

Perrault was a lover of Gian Lorenzo Bernini. In his book Memories, he said that they had had "stormy relations" while Bernini was at court in 1665. Bernini was known as an arrogant antogonizer, and Perrault's relationship with him was often strained and fraught with tension.

As a member of the French court, Perrault was acquainted with King Louis XIV.

Perrault was an acquaintance and casual friend of the king's mistress, Louise de la Valliere. He wrote a piece in her honor in 1662.

Nicolas Boileau-Despreaux was a critic and enemy of Perrault, at least in regards to his writing. He mocked and heavily criticized Perrault's fairytale works.

How Added - There was a Google Doodle of him for his birthday.

Retrieved from "https://people-dont-have-to-be-anything-else.fandom.com/wiki/Charles_Perrault?oldid=32795"
Community content is available under CC-BY-SA unless otherwise noted.