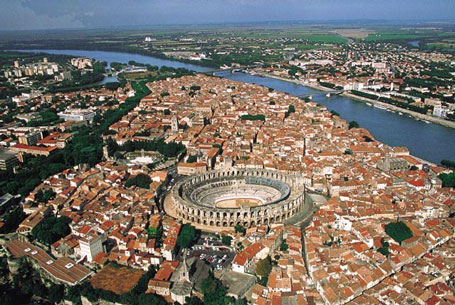 Arles is a city in the south of France. The city was a Phoenician trading post since around 800 B.C. before being taken by the Romans.

Today, Arles is known for its wealth of history, Roman ruins, charming side-streets, and as the inspiration and site of over 300 of Vincent van Gogh's paintings.

Anthony of Padua: I visited here in 1226 to attend a large gathering of Franciscan priests, called the Great Chapter, in this city, as well as deliver a few sermons at the event. It was here that I was appointed Franciscan Provincial Superior and envoy to the pope. It was then that I chose my base city to be Padua.

Jean-Baptiste Colbert: I founded an academy here in the 1660's.

Retrieved from "https://people-dont-have-to-be-anything-else.fandom.com/wiki/Arles,_France?oldid=16892"
Community content is available under CC-BY-SA unless otherwise noted.