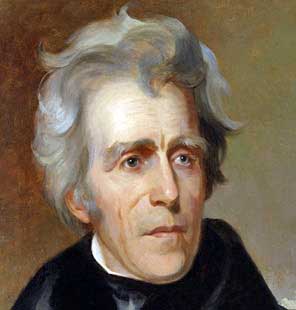 Andrew Jackson was an army general, notably during the War of 1812, and the seventh president of the United States.

Jackson met Sam Houston during the War of 1812, and two became close friends. Jackson became a mentor to him, and Houston later named his son after him.

Martin van Buren, a close friend of Jackson's, served as his Vice President.

When an assassination attempt was made against Jackson in 1833, the man fled, and Washington Irving - a friend of Jackson's - chased after him.

Davy Crockett was a friend of Jackson's.

Jackson was a friend of James Buchanan.

How Added - Through his friend Sam Houston.

Retrieved from "https://people-dont-have-to-be-anything-else.fandom.com/wiki/Andrew_Jackson?oldid=32671"
Community content is available under CC-BY-SA unless otherwise noted.